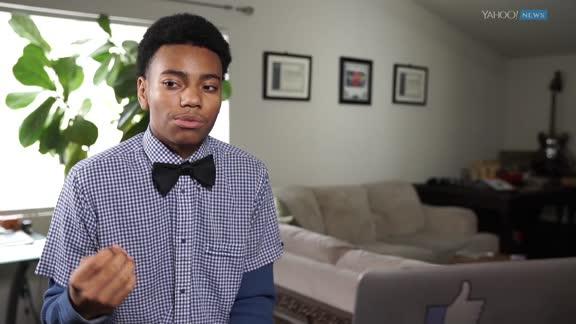 A teenager from Oakland, California used his passions for technology and civil rights to create his own app and eventually his own tech company:

“At the tender age of 14, George Hofstetter, like many African-American young men, was well aware of his precarious place in relation to law enforcement as a black boy in America. In an effort to protect their son, his parents gave him “the talk,” arming him with practical advice and tools to avoid the tragic fate met by the Trayvon Martin’s, Michael Brown’s, and Tamir Rice’s of the world.

Still, the Oakland California native found himself feeling nervous in the presence of police officers, so he developed an app called CopStop – which basically administers the digital equivalent of “the talk” that he was taught at home.  When activated, the app calmly reminds users to keep their hands in sight at all times and to be polite and respectful. That was in 2015, Hofstetter is working on taking the app live in the very near future.”