Warning: A non-numeric value encountered in /home/customer/www/hollywoodresource.org/public_html/wp-content/plugins/social-media-buttons-toolbar/inc/php/enqueue.php on line 31
 Apple Has The Largest Percentage Of Black Employees Of Any Major Tech Company, But Where Is Its Diversity In Leadership? - HollywoodResource.org
L O A D I N G 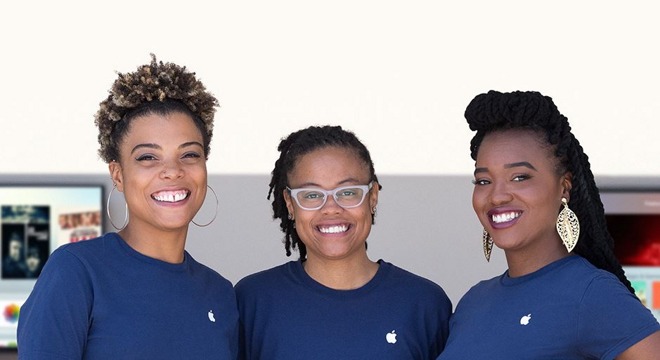 Apple Has The Largest Percentage Of Black Employees Of Any Major Tech Company, But Where Is Its Diversity In Leadership?

Apple has had a slight increase in diversity throughout the past six months, however most of this increase has been in lower paying positions:

According to the report, Apple is 32 percent female worldwide, and 54 percent white in the U.S. (down two percentage points from last year) as of July 2017.

Apple also reports that from July 2016 to July 2017, half of its new hires in the U.S. were from historically underrepresented groups in tech including such as women, African Americans, Latinxs, Native Americans, Native Hawaiians and Other Pacific Islanders.”