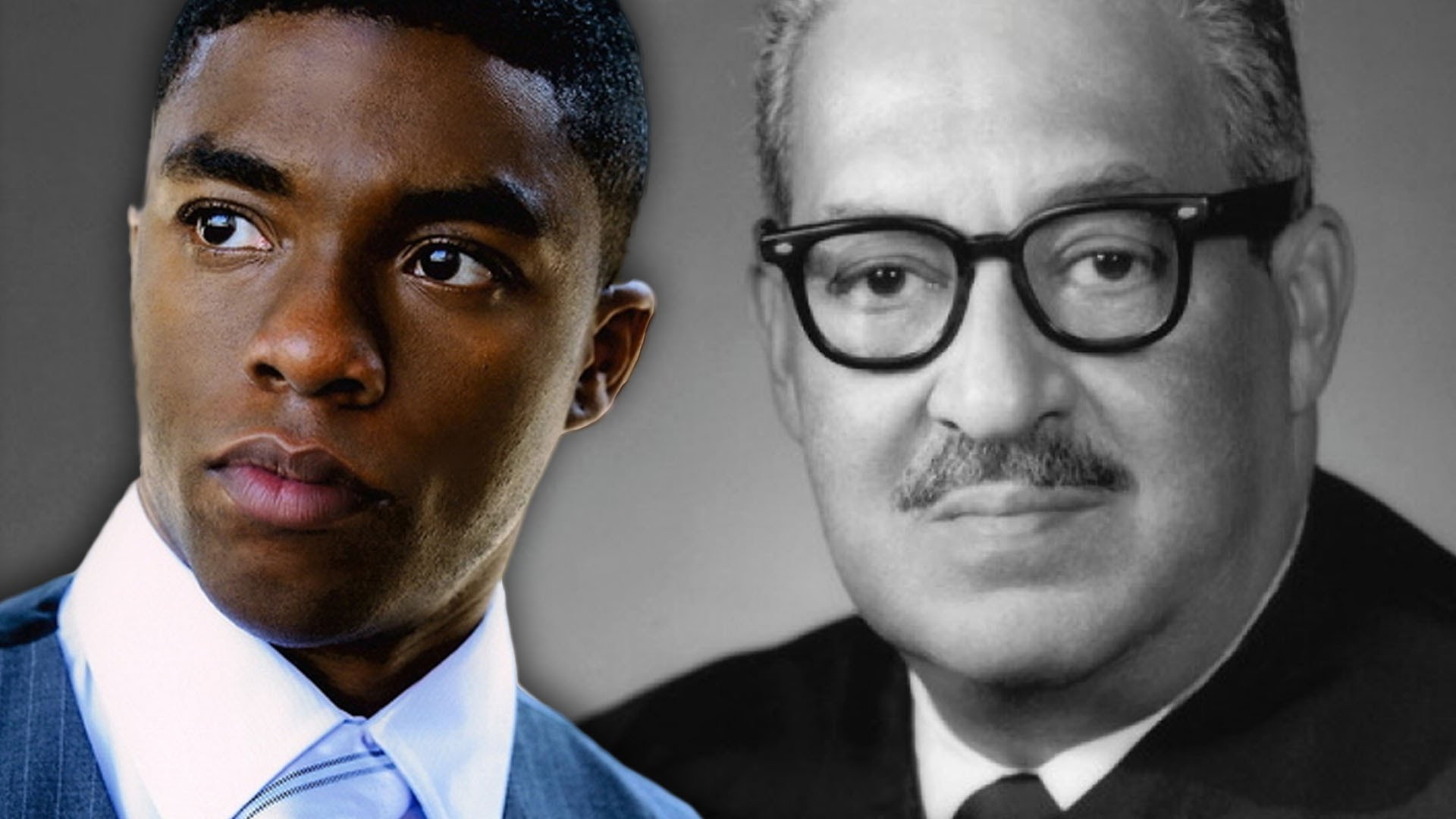 The long anticipated trailer for the Thurgood Marshall bio pic Marshall staring Chadwick Boseman recently released. The movie’s expected release date is October 13th, 2017–right after the 50th anniversary of Marshall being sworn in to SCOTUS:

“Before he became the country’s first African-American Supreme Court Justice in 1967, Marshall was a lawyer famous for winning the landmark Brown v Board of Education case that outlawed segregated schools. The film goes back even further, to when he was a rabble-rousing young attorney for the NAACP, and follows the story of his greatest challenge in those early days.”

Watch the trailer and read the full story here.