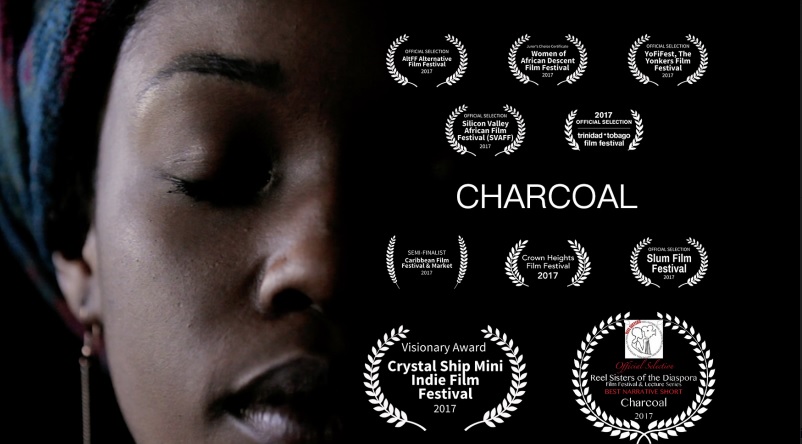 The impact of Colorism is brought to the forefront in the award-winning short film Charcoal:

“As an adult, I haven’t often thought of my dark brown skin in any particular way. I’ve praised its lack of blemishes and that fact that it has allowed me to bake in the unforgiving sun without a worry or care. There have been comments of admiration and disgust thrown my way here and there — one from a small girl I was babysitting who told me she couldn’t go outside for fear of getting any darker. There was another, the day before a friend’s wedding from an older Black woman who told me to put foundation on my knees for the ceremony — apparently; they were too dark for photographs.

I am thankful now that the negative thoughts and insecurities that tormented me during my childhood no longer have a place in my life, and I also realize how very rare that is. With her award-short film, Charcoal, Haitian-American filmmaker and photographer, Francesca Andre presents the story of two Black women deeply wounded by the perils of colorism within the Black community. It’s a film that shows how self-hatred is taught.”