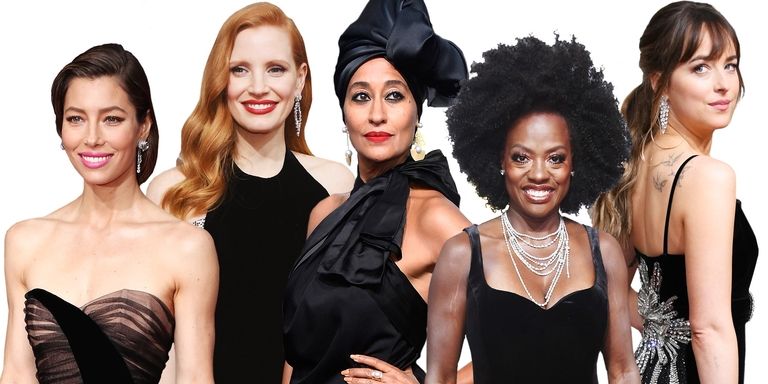 A variety of television and film trendsetters dressed in black to bring awareness to the #MeToo and Time’s Up Movement:

“Most actresses and actors on Sunday’s carpet are wearing black in solidarity.

The first Hollywood awards show of 2018 is kicking off with a focus on social issues instead of fashion.

Actresses and actors descending upon Sunday’s Golden Globes red carpet are dressed in black to ban together in support of the newly created Time’s Up initiative and the already widespread #MeToo movement. Instead of asking the awards-show staple question “Who are you wearing?” on the carpet, TV hosts and reporters will instead question why the stars are wearing black, to give the nominees and their guests the opportunity to spread the movement’s message.”