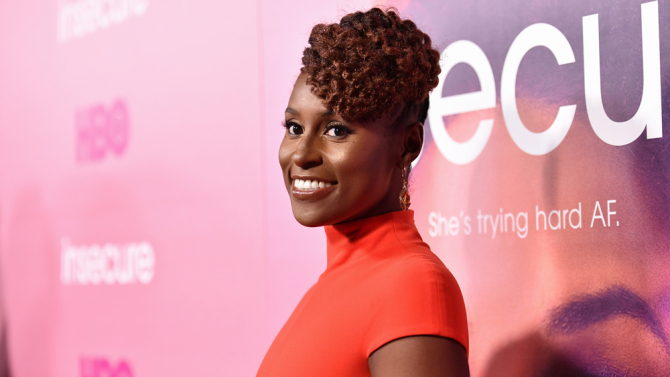 Issa Rae posts a video explaining a TV show concept about black teenagers similar to the format of shows like 90210 and Gossip Girl:

“Insecure creator Issa Rae must have received thousands of emails and messages from fans after recreating Friends as part of Jay-Z’s “Moonlight” video.  As a part of a campaign with New Yorker, she pitched an all-Black teen primetime soap, and we all here for it!