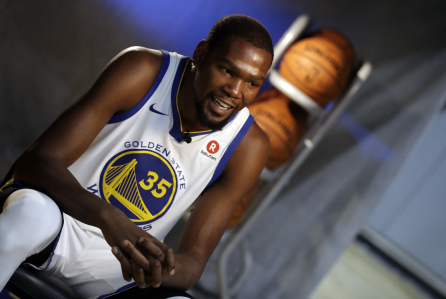 Golden State Warrior Kevin Durant is teaming up with Brian Grazer to create a dramatic series based on Durrant’s childhood in Washington, D.C.:

The series, Swagger, draws inspiration from Durant’s childhood playing Amateur Athletic Union basketball in metropolitan Washington, D.C, where aspiring young athletes and their families find themselves swept up into the youth-sports economy at a startling early age.

Grazer said he has been looking for the opportunity to revisit the world of Friday Night Lights when he met Durant at Google’s summer gathering of power players in Sicily known as The Camp. The producer chatted with the Golden State Warriors forward on a friend’s yacht and and the two agreed to meet again in Los Angeles.”