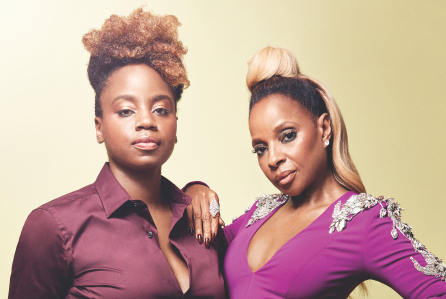 Mary J. Blige discusses her two Oscar nominations along with the rise of the #MeToo era:

““I didn’t anticipate any of this,” Mudbound‘s Mary J. Blige told Deadline this morning, regarding her pair of Oscar nominations for the Netflix film. “I just knew I was part of a very powerful, important film, and I was happy to be a part of it.”

In Dee Rees’ drama—based on a novel of the same name by Hillary Jordan—the famed singer-songwriter plays Florence Jackson, the matriarch of a poor sharecropping family who sees her son Ronsel (Jason Mitchell) return home after serving in the army during World War II, only to be met with the same racism that he’d known all his life. Of course, her supporting performance wasn’t Blige’s only role to play with Mudbound: she also contributed an original song, “Mighty River,” and for that, she was recognized as well.”