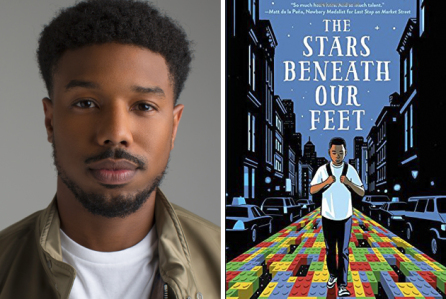 Michael B. Jordan To Make Directing Debut On David Barclay Moore Novel Adaptation ‘The Stars Beneath Our Feet’

Michael B. Jordan ventures from the world of acting with his directorial debut of the adaptation of the novel ‘The Stars Beneath our Feet’:

“EXCLUSIVE: Endeavor Content has acquired film rights to the David Barclay Moore novel The Stars Beneath Our Feet, which will be developed as a vehicle forCreed star Michael B. Jordan to make his feature directorial debut. Jordan will produce the film adaptation and the author will write the script and be executive producer. The novel was published by the Random House imprint Alfred A. Knopf Books for Young Readers (an imprint of Random House) this past September.

In the wake of his brother’s death, a young African American youth tries to steer a safe path through the projects in Harlem, aided by his imagination and the magic of Legos.”