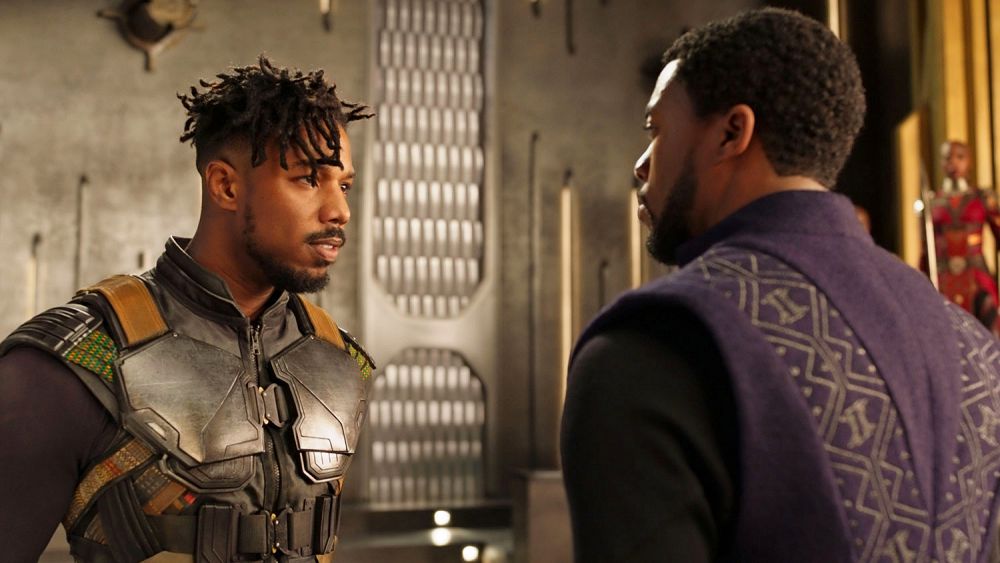 Michael B. Jordan discusses his process for preparing to play villain Erik Killmonger for the upcoming Marvel film ‘Black Panther’:

The first screening reactions are trickling onto social media after the US premiere – spoiler: it’s apparently very good – and early word suggests that Michael B. Jordan’s mysterious villain Erik Killmonger could be Marvel’s best since Loki. Empire caught up with the actor to talk about collaborating with Coogler for a third time, working with T’Challa himself, Chadwick Boseman, and why stepping into a villain role took him to ‘a dark place’.