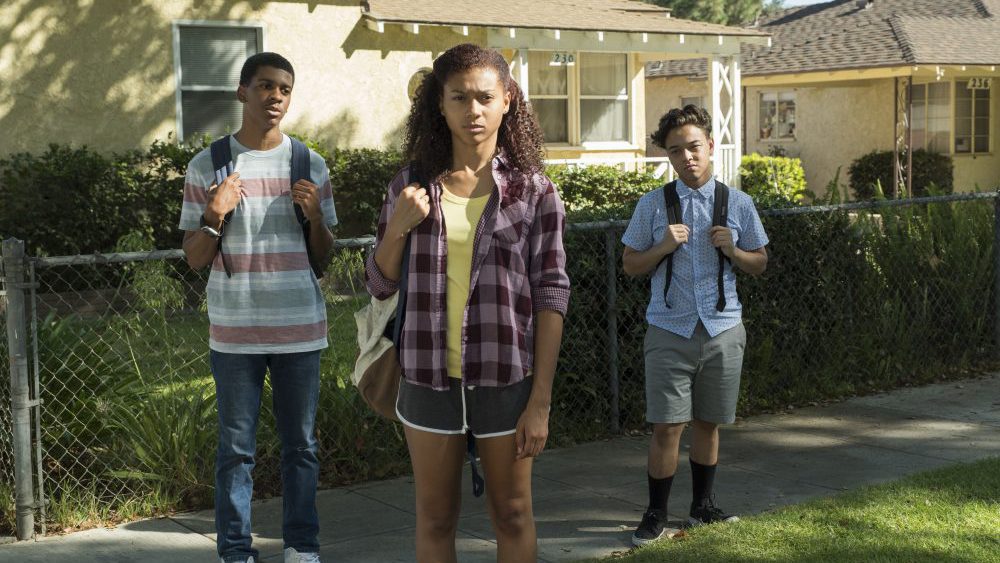 Netflix announced the arrival of a new ten episode series with black and latinx actors in the major leading roles:

“On Thursday, Netflix annoucned a new coming of age, 30-minute comedy series called On My Block.

Co-created by Lauren Iungerich (Awkward) and Eddie Gonzalez & Jeremy Haft (All Eyez on Me), is a coming-of-age comedy about four bright and street-savvy friends navigating their way through the triumph, pain and the newness of high school set in the rough inner city.

The series, consisting of black and Latinx actors in what is most of their first major roles,  stars Diego Tinoco (Teen Wolf) as Cesar Diaz, Jason Genao (The Get Down, Logan) as Ruby Martinez, Jessica Marie Garcia (Disney’s Liv and Maddie) as Jasmin, Sierra Capri as Monse Finnie and Brett Gray as Jamal Turner.

The first season will have ten episodes.”