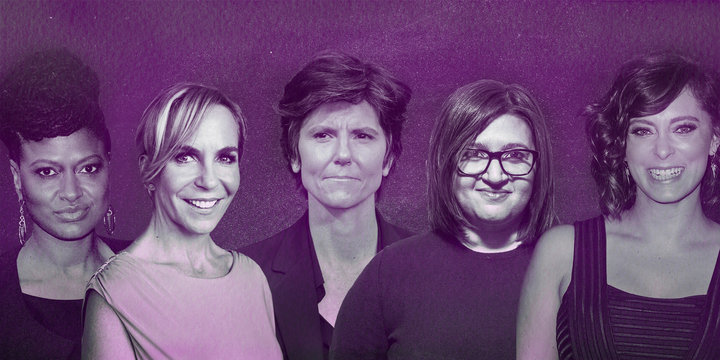 With ‘One Mississippi,’ The Moment For Women Storytellers Is Now

Tig Notaro discusses her journey as a female comedy writer and overcoming the obstacles that have come along the way:

“In 2012, Tig Notaro was just getting started. She had released her debut stand-up album, “Good One,” and was appearing on programs like “Conan” and “This American Life.” She’d just launched a Kickstarter campaign for a short film she wrote, directed and starred in called “Clown Service,” about a heartbroken woman who enlists the services of a traveling party clown to brighten her mood.

If that premise sounds familiar, it’s probably because Notaro’s colleague Louis C.K.performed a similar sketch on “Saturday Night Live” earlier this year. When Notaro saw the skit, titled “Birthday Clown,” she was shocked. And she wasn’t the only one.”