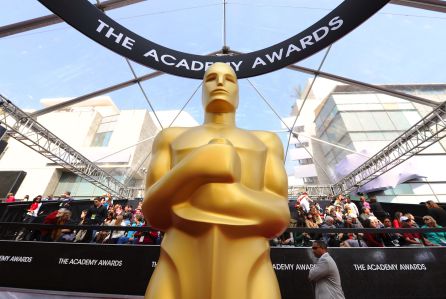 Oscars: Female Nominees Tie Record For Most In One Year

“Coming on the heels of the Women’s March, believed to be the largest single-day demonstration in U.S. history, the Academy of Motion Picture Arts and Sciences nominated women across virtually every Oscar category to match a record set in 2016.

The representation of female nominees, up modestly from a year ago, comes at a time when women in Hollywood have become increasingly vocal about inequality and injustice in the workplace through the Time’s Up movement. Indeed, many of the films under consideration for Best Picture depict strong women finding their voice.”