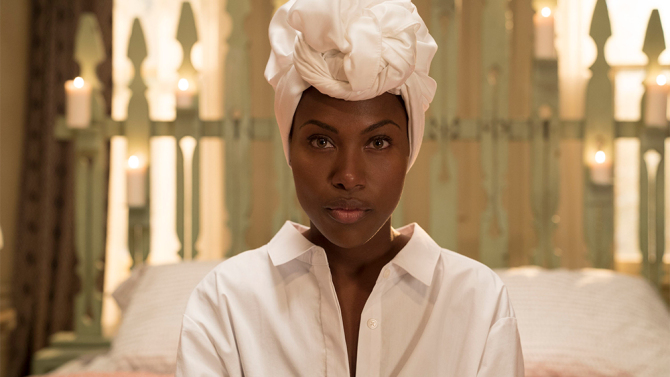 A new trailer recently dropped for Spike Lee’s TV adaptation for his late 1980’s film ‘She’s Gotta Have It’ set to premiere on Netflix:

“Spike Lee has dug into his cinematic past – to his first full-length fiction joint, in fact – for this initial foray into TV courtesy of Netflix. The She’s Gotta Have It series is on the way, and the full trailer is now online.

DeWanda Wise plays Nola Darling, a Brooklyn-based artist in her late twenties struggling to define herself and divide her time amongst her friends, her job and her three lovers: The Cultured Model, Greer Childs (Cleo Anthony), The Protective Investment Banker, Jamie Overstreet (Lyriq Bent) and Da Original B-Boy Sneakerhead, Mars Blackmon (Hamilton veteran Anthony Ramos, inheriting the role played by Lee himself in the movie).”