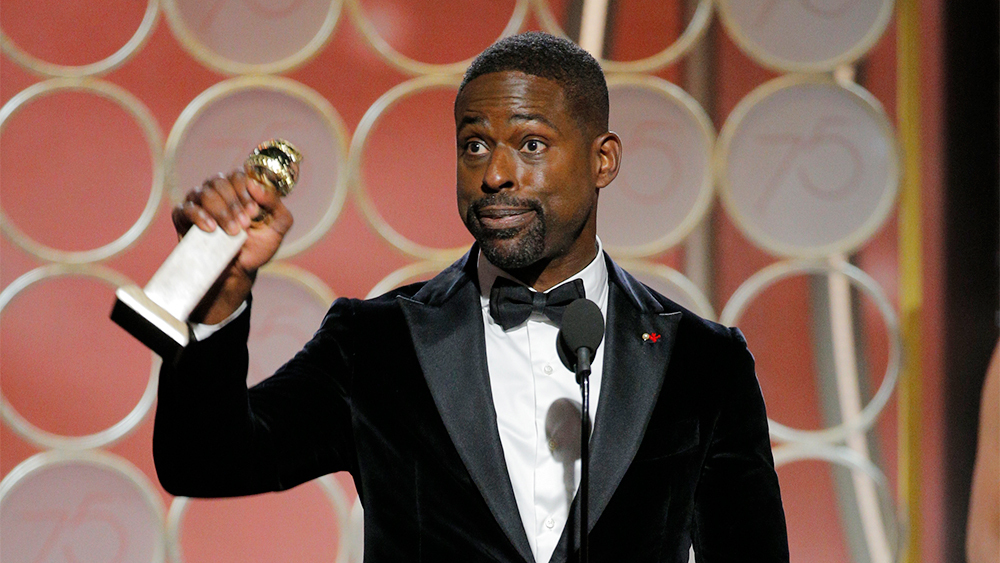 History was made at the 75th Golden Globe Awards as ‘This is Us’ star Sterling K. Brown became the first black man to win a Golden Globe in a Drama TV series:

“Sterling K. Brown made Golden Globes history on Sunday night when he took home the award for Best Actor in a Drama TV series. Brown, who won for his role as Randall in NBC’s “This Is Us,” is the first black man to win the award in the ceremony’s 75-year history.

In his acceptance speech, Brown thanked his wife Ryan Michelle Bathe before he “r[a]n out of time” (something he didn’t get a chance to do at the Emmys), promised his kids to take them to school in the morning, and underscored the importance of intentional representation in Hollywood.”