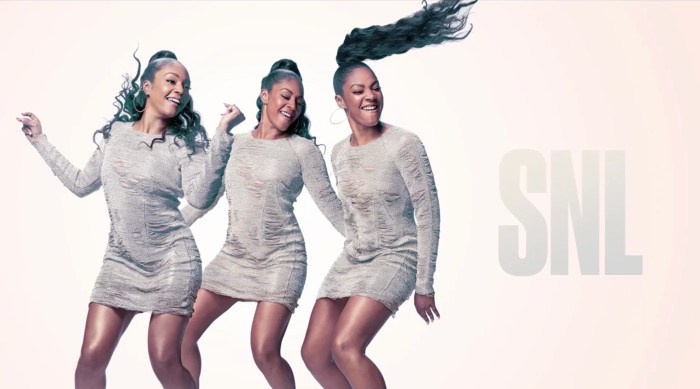 Tiffany Haddish made history on the most recent airing of Saturday Night Live as the first black female stand-up comic to host in the show’s 43 seasons:

“Tiffany Haddish made Saturday Night Live history last night by becoming the first black female stand-up comic to host the show in its 43 seasons – unpack that statistic for a moment – and she grabbed the chance with the room-working skills and confidence of the star she knows she is. Anyone who didn’t see Girls Trip now knows, too.

After a disappointing cold open, Haddish pumped big energy into the show – and the season – that’d been short on it.

She got the introductions out of the way quickly and winningly, mentioning that blockbuster summer hit while wondering where her cut of the profit was. “I googled myself – it said I’m worth $2 million! What do I need to do to get this money? Fake my own death? Tupac this sh*t and move to Tyler Perry Island?””