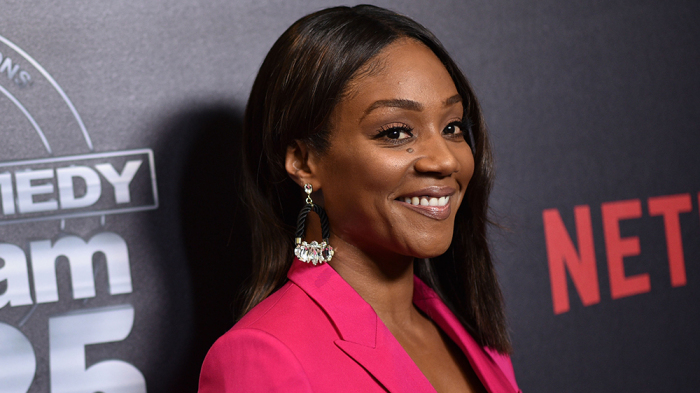 Tiffany Haddish continues to have a successful year as she lands two leading roles in upcoming movies with New Line Cinema and Universal Pictures:

“After making history as the first black female stand-up comedian to host “Saturday Night Live,” Tiffany Haddish is looking to continue to stay busy by landing lead roles in New Line’s “The Kitchen” and Universal’s “The Temp.”

Haddish is in talks to join the ensemble of “The Kitchen,” which is the directorial debut for “Straight Outta Compton” screenwriter Andrea Berloff, who is also writing the script.

The film is based on the comic book series by Ollie Masters and Ming Doyle for Vertigo from DC Entertainment. The series has gained a cult following since debuting in 2014 to critical acclaim. The Irish mafia story is set in Hell’s Kitchen, N.Y., in the 1970s. When the FBI comes in and does a sweep of the mob, several men are arrested. Their wives end up taking over and running the business much more viciously than the men ever did.”